A mail-order company with retail locations across the U.S. that boasts $5 billion a year in revenue identifies a unique opportunity to serve its customer base better and reduce supply chain costs by opening a mid-Atlantic distribution center. The new distribution center could shorten the intermodal lead time, improve service levels, and lower costs. 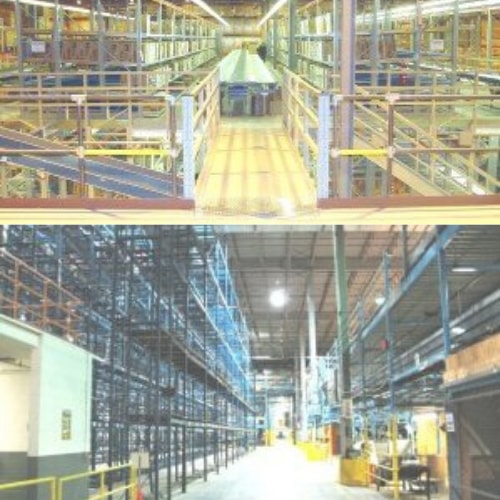 There was little time to be up and running and ready to receive sea containers for the upcoming busy season with an entirely new decentralized operation. Limited SKU data cube and velocity were available.

Shorten intermodal transport time; reduce supply chain costs by opening a distribution center in the Northeast.
Select a 500,000 square foot site with expansion capability to 1 million square feet. Partner with a third-party supply chain warehouse operator to help staff and run the building. Complete the design of the process, develop the final layout, and have the warehouse racks designed, manufactured, and installed in the first 50,000 square feet quickly – within twelve weeks.

The distribution center’s phase I design was finalized in early May 2004. The third-party operator had to be brought in to finalize distribution center operational strategy, since they would eventually run the distribution center. As the integrator and rack systems provider, Direct Distribution Resource was officially awarded the pallet rack order after supporting the design process for 10 weeks, with less than seven weeks remaining before the warehouse was to begin the operation.
Staff had to be hired, processes had to be defined, and WMS had yet to be updated and implemented. Overseas product SKUs had to be diverted from other distribution centers to the new mid-Atlantic distribution center.
Phase I was designed with flexibility as a key parameter in the vague data for the SKUs that were to be run through the distribution center. Once the SKU mix was more finely honed, a more specific rack system was designed for the second 500,000 square feet (phase II).
Lastly, phase I would then be reworked to optimize what we learned in the first several months of operation. Ultimately, the system in all would have a capacity to store about 115,000 pallet positions of varying shapes and sizes.
Reach truck forklift aisles, very narrow aisles for turret trucks, and custom-wide aisles for larger SKUs were designed.
To reduce product damage and increase productivity, several special carts were designed and used.
We worked closely with the rack manufacturer and came up with a tightly scheduled plan for implementation. In less than four weeks (by June 26), over 1.8 million pounds of pallet racks were installed. This allowed the building to begin operations in phase I.
Three weeks passed while phase II plans were finalized. These plans consisted of an array of storage media to accommodate their full SKU range. The materials were then procured, and by mid-August, we installed the next phase. By the end of September, all of the racks were in and specialized forklift equipment was ready to be put into use – just in time for the busy season of the warehouse company.

The time of actual project award to complete implementation of phase II was just 14 weeks. Close to 55,000 pallet positions of storage were in use and over 80,000 pallet positions were available.
At the seven-week point in the project, 70 sea containers a week were being received, and by week 10, regular daily shipments on order activity were successfully being made.
By week 15, the first two phases were 80% complete and operational. This amazing fast-track project would have never happened without great determination by several departments and companies working tirelessly, side by side, through weekends and late evenings.
The bottom line: customers in the mid-Atlantic region and New York and New England now receive their orders in one or two days instead of three to four days in the old system. The total inbound logistics costs have been greatly reduced by opening this distribution center, using a different port of entry into the United States. We drastically cut trucking and operational costs and dramatically improved the level of service to their client base.